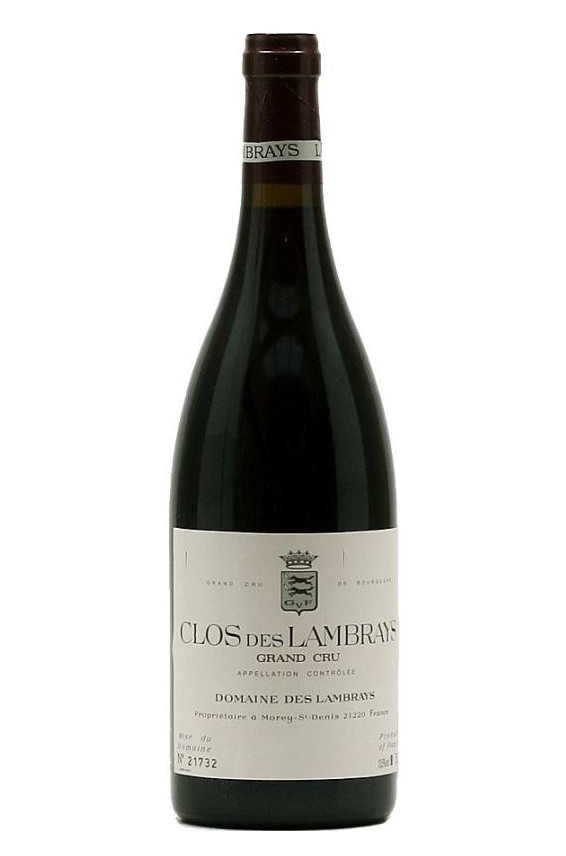 This Clos des Lambrays is one of the most beautifukl wines of Morey-Saint-Denis. The mouth is magnifique, fleshy and classy, with a real amplitude.

Robert Parker Wine Advocate "The 2012 Clos des Lambrays Grand Cru was tasted as a blend of one new and one used barrel, representing what the final assemblage will be. There are just 50 pieces this year, whereas normally there are over 100. It has a distinctive, quintessential Clos des Lambrays bouquet with well-defined brambly black fruit, forest floor and damp moss scents. Fine tannins underpin the palate with crisp, almost sharp acidity and a slightly herbaceous finish that distinguishes it from others. As so often the case, it comes across stern and rustic in its youth, but experience has told me that after 6-8 years in bottle that stem character will disappear and I like the balance and focus here. Those that appreciate Clos des Lambray’s style will appreciate this, those who prefer more fruit head over to Clos de Tart. Usually the domaine produces two premier crus from Puligny: Les Folatieres and Caillerets, but because of hail damage Thierry blended them together to make a single premier cru.

Thierry Brouin mourns his half empty ancient cellar that should be full of his 2012 and 2013. It is a sorrowful sight, like a crib without a baby. His wines were not spared the onslaught of disasters that beset the first half of the growing season, so that by the time he commenced the harvest on 20 September he was looking at 15 hectoliters per hectare. To put a couple of figures on that, his usual 15 barrels of Morey Saint Denis were reduced to just two barrels, the Puligny Les Folatieres and Caillerets were so measly they have been blended into a premier cru, whilst there is half the usual quantity of Clos des Lambrays. The style of Thierry’s wines can be uncompromising in their youth and his 2012s, what there remains, are no different. These wines always feel a little “raw” in their youth, quite stemmy and even green, though experience has shown not to draw too many conclusions from this, since they can age beautifully and that raw element ebbs away with time. It is interesting to note, as always, the different approaches between here and Clos de Tart, where Sylvain Pitiot commenced the main harvest eight days later on 28 September, resulting in a different style of wine. You take your pick which one you prefer."

WHAT THEY SAY ABOUS US

In a secure polystyrene packaging

Find out more about our rates

VAT-EX sale for outside EU deliveries

Free collection in our warehouse near central Paris